Here are a few skills training drills and some tips on throwing.

I haven't included some of the square drills we've done during Leam training yet, because unless everyone can catch and pass accurately, the ball inevitably ends out of the square, needs to be retrieved and we all get cold and bored waiting!

There's more to come. Until then, use your imagination and make up drills that practice your weaknesses. Remember to practice everything on both sides!

Here are some throwing tips that I was given for getting maximum power:

Below are two drills that I like, courtesy of the Baron.

Hopefully this drill will help you get the final wrist flick part of the throw right, so energy isn't wasted with the ball spinning off the fingers.

Hopefully this drill will help you get a feel for catching the ball one handed in a controlled manner and throwing the ball without gripping it too hard (if the ball has to escape your grip to start flying, then speed is being taken off it.)

1) Sit (preferably in a boat on the water) opposite another player, not too far away. Throw the ball fairly softly to the other person, in an area described by an imaginary upside down horse-shoe around their head so that they can get the ball with one hand. They catch it and throw it back in one movement, in a soft way such that their hand matches speed with the ball as it comes in, moves back with the ball while slowing it down then throws it back without having to stop or grip the ball hard.
2) Carry on this 'to-and-fro' until you're bored.

A drill to make practising long throws a bit quicker. 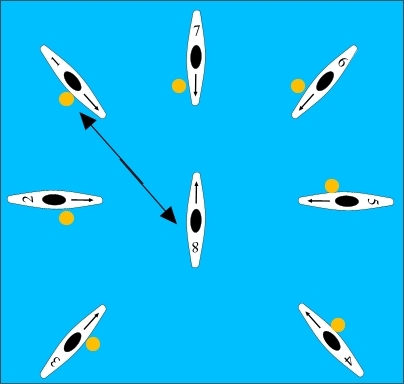 This drill is to be done at speed, so each player in the outer ring has a ball to prevent delays from bad passes/catches. Alternatively, one ball can be used and after catching it is passed to the next person round who then throws it back, and so on.
Player one passes their ball to player eight, who then passes it back. Player two passes their ball to eight and, who then passes it back, and so on, moving round the star. When player eight passes the ball back to player seven, everyone moves round one place, ie seven becomes eight, eight becomes one, one becomes two and so on. Repeat!

NB: Hard passes are worth a go, if you get used to receiving hard passes, nice friendly passes are dead simple. Don't be offended, consider a hard pass to your face a challenge (as long as you are expecting it, if not, why weren't you looking!) 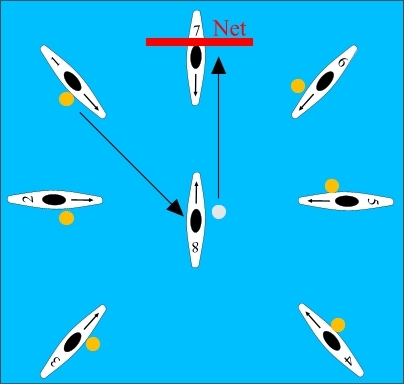 NB: Always try to aim your shots at top corners, or make them awkward to save some other way, try to trick the keeper with the power. As I have found, blasting the ball straight at the keepers paddles sounds nice, but is fairly ineffective!

No pictures for this one, but it's good, especially for a warm-up and wake-up exercise. Just keep moving around into space, looking for a pass.

This drill is for practicing the sprinting, timing and ball skills used during a 'break'. By a break, I mean that your team has just regained possession and players have broken free to sprint up the pitch and receive a long pass, hopefully resulting in a goal. The three pictures below should explain it! 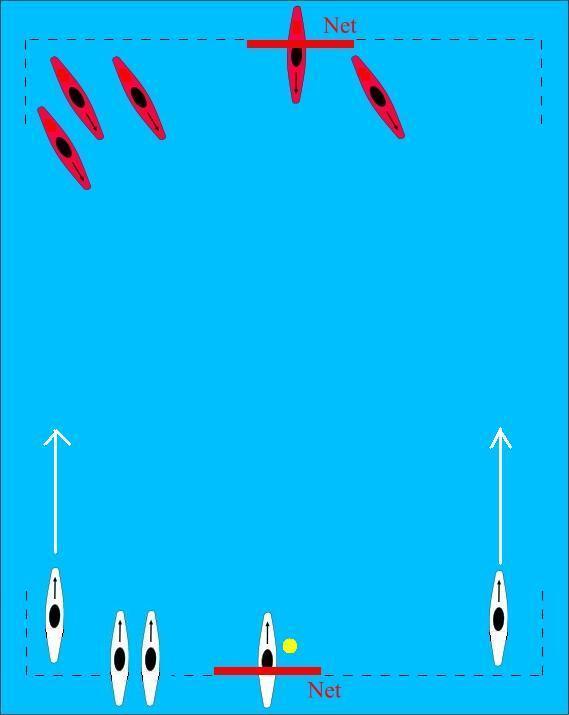 Two players and the keeper of the attacking team line up on the goal line. The opposing team has just a keeper and one defender. The two attacking players on the wings sprint up the pitch. 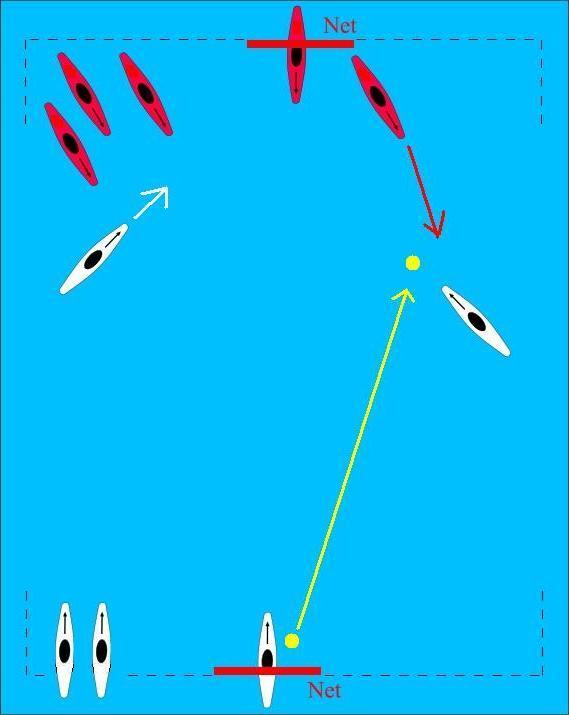 The attacking players start to sprint in towards goal. The attacking keeper either throws a long pass to or in front of one of his the players. The defender sprints to stop the player with the ball. 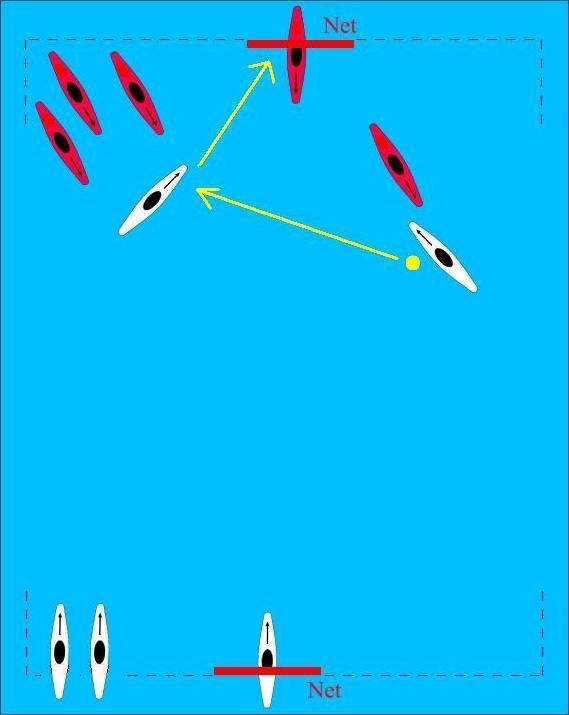